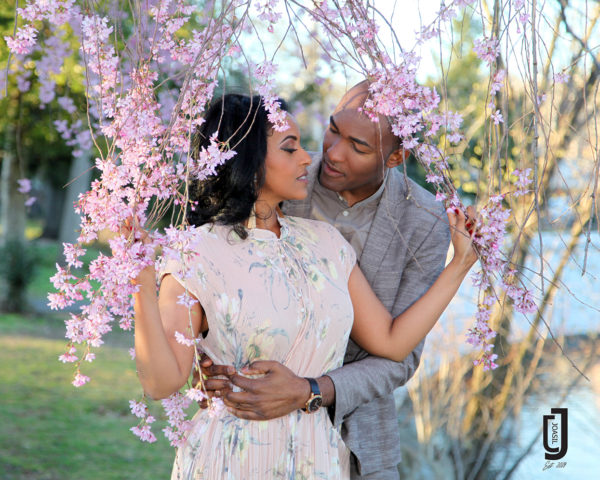 It is often said, “He who finds a wife finds a good thing”, but my journey to my ‘good thing’ proves a destination can be harder to reach than it sounds. I never imagined when I was a young man that it would take me this much time, and cost me so much to finally find the path to true love.

While I was still an undergraduate, working hard towards a career in the high-powered world of fashion, I made a plan for my life. It would be glamorous and extravagant, and I would need a wife. Someone by my side before the cameras and artists I spent so much time with, a goddess to be best friend, confidante and lover all in one. By graduation I’d shifted plans a bit; instead of fashion I chose a career in corporate America, and by 2005 I was working my way up the ladder at a great job. In 2007 I bought my first home, a huge achievement for a young man like me. My plans to marry were on track- now all I needed was my Eve to come and add her loving touches to the future I had built for us.

But that’s not how my story went.

As a young man my life was rocked early by tragedy. Being an only son growing up among women, I learned to love and appreciate their softness, wisdom and difference from me in so many ways. The star of my life was my mother, a strong and resilient Christian woman who taught me everything. When I was 17 my mother was involved in a terrible car accident that left her paralyzed. In one blow I lost a capable parent, my primary support, and everything turned upside down. The accident left us all stunned, and left me standing alone as the ‘man’ of the family. I was not yet a man, but I had to assume full responsibility for our home at a very young age. What started at 17 lasted for 22 years. My mother’s health was my new priority, but even with a steep learning curve ahead of me on how to be a provider for her and my younger sister, I kept doing well at college. I forgot about myself for a very long time.

However with that new job in corporate America, there was an upside. Socializing, parties and fun helped me numb the pain of my reality at home. I was soon able to open my own non-profit in fashion, and marriage faded from my mind. I was still in church, serving in ministry, but my lifestyle was geared towards helping me feel better about me, rather than becoming a married man. I drifted away from God.

One day I received a wake-up call: “Your destiny depends on marriage. You need to stop running away from God – He needs you. You have a calling on your life.” These few words catapulted me into a total turnaround- I started spending almost all my time in church. I made a fresh commitment to God and went though a period of realigning my goals with His will for my life. Once I did this, marriage reappeared on the agenda, and in 2016 I started to fast and pray for the bride of my destiny. I set a goal for October 2017 for a wedding, but it didn’t happen. I’d tried to bolster my faith by telling a few close friends my plans, but when they fell though some of them made fun of me. This hurt more than I ever showed anyone, and left wounds on my spirit that later made it harder for me when God took charge of my marriage journey and began to unveil His plans for how He would give me a Destiny Spouse.

The process I went through in 2017 also involved a young lady that I crossed paths with. She rejected me quite harshly, and as expected that failure caused a lot of damage. My confidence suffered, and so did my hopes for marriage. God overruled that incident by taking me out of the country for ministry, to refocus my gaze on Him. By obeying I did not know that I was embarking on a series of encounters where God would ask me to do things that made no sense, without any proof of what came next. I didn’t know it then, but God was building my faith to be able to trust him for a supernatural marriage.

God took me to Haiti with a promise that I would preach there, but the pastor He told me about didn’t even know me! In obedience I packed for the trip, prepared a message, and kept checking with God to see if this adventure would really happen. The Lord didn’t budge once, He only told me: “Stand fast and stay ready.” All I did in this situation was politely send an email introducing myself to the pastor at the church God sent me to, but he never saw my email or replied. Obediently, a little crazily, I left for Haiti with a sermon, a message, a word… and no invitation to deliver it.

On the morning I was supposed to preach, the pastor read my email, contacted me, invited me over, and had me- a total stranger- mount his pulpit and deliver one of the most power-packed sermons I’ve ever done. It was incredible! With no effort on my part God arranged for 6,000 people to hear me speak, and I’m not counting the online audience! I was amazed at the Lord’s power to deliver on His instructions, even when I couldn’t see a single shred of proof that what He said would happen.

That day I received two promises for my future marriage, and I met people who later played crucial roles in my path to marriage. One lady even said: “God told me, you’re getting married in 2018.” I was excited to hear this, but at that time I had no girlfriend and no idea how this could possibly happen.

Let me tell you- 2018 was HARD. Test after test after test– God gave me assignments that took me around New York all through spring and summer. I bought a sketchbook to visualize the wedding, and prepared a budget for the event. There was a lot of sacrifice on my part. I even created a wedding invitation and chose a date! The glaring emptiness of the space for the bride’s name broke my heart, and more than once I felt close to fainting and giving up. I battled with deep depression and terrible thoughts of suicide, because some places in my heart hadn’t healed from rejection and doubt that this would ever happen for me. But God was always with me- He spoke to me with such kindness and assurance that I was able to make it. A few close friends were always there to encourage me as well, and I kept going.

During 2017 I was invited by a close friend to visit her church for a conference- It was a mighty gathering that I enjoyed, and I kept going back to that church when I had a chance. I’d seen the most stunning woman there the first time I visited, but I had no way of getting to know her at that time. At different times the pastor of that church invited me as a guest speaker, which gave me an opportunity to speak more to this beautiful woman since she prepared the ministry boards for all guest speakers at the church. I never told her my feelings, because the pain of my last rejection was still so present. She was gorgeous, friendly, supportive- everything I ever dreamed of- but I never thought of saying anything to her about how I felt and kept our conversations in a professional tone.

In February 2018, I preached on DESTINY at the church. I believe that Destiny is the single most important key to finding out what life God intends for us, and I try to share this message wherever I speak. While talking about “the bride of destiny” I turned to look at this woman in front of the entire congregation, but only she understood my look. After service she asked to pray for me about marriage, but as soon as she was done I ran away, hoping she had not noticed how deeply I was attracted to her.

At the end of what had been a trying and exhausting year of 2018 – I joined a prophetic fast with the new church. By the second day God has revealed the woman I was secretly in love with was the wife He had chosen for me! I was ecstatic! But also afraid, and cautious, I couldn’t really believe it. But God kept assuring me that I wouldn’t end out the year as a single man- and despite all my fears of a second rejection I decided to believe Him. I obeyed God’s instruction to speak to her pastor instead of her, and God revealed his faithfulness when I was soon able to take the woman who is now my bride (Fiker) out for our first date a mere 3 weeks later. We got lost in conversation and didn’t even notice time pass by for four hours! By the end of our first date I revealed to her my desire to marry her. I let her know I wasn’t perfect, but I loved her and would make her the happiest woman of earth if she agreed to be my wife. The next day she left for the holidays with her family, and our courting took place over the phone. I fell deeper in love with each passing day.

I soon had an opportunity in early January to meet her father, and asked him to marry his only child. He gave me his blessing with ease and a “Yes” with no reservation. I proposed to my wife on her birthday January 23rd, and she said yes. We had only two months to plan the wedding, but my heart was soaring- I had the bride’s name at last- and she was all I had ever wanted! We wanted God to be highly honored at our wedding, and from the testimonies of everyone around us the wedding was as beautiful and full of His presence as I had always planned when I was single. I look back now and see my journey was difficult, but God’s promise kept my feet standing firm. I look back now, and I am stunned. All I can say is, OUR GOD IS FAITHFUL. Our marriage is indeed, a supernatural marriage.