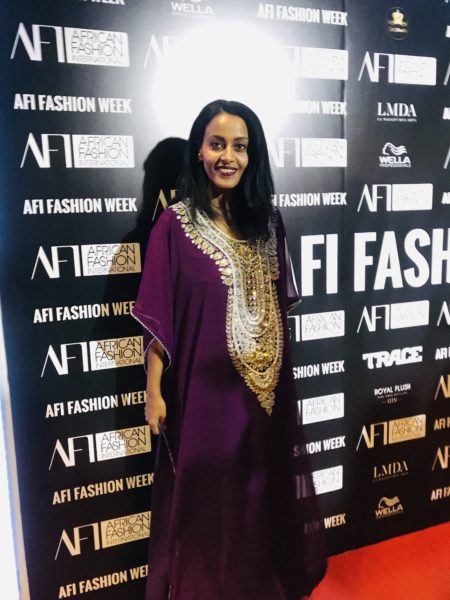 rs. Joasil hails all the way from her native land of Ethiopia where she was born and partially raised. Due to escalating social and political conflict at that time, her parents made the difficult decision to immigrate the family to the United States in order to seek a more peaceful and stable existence. Being raised as the only child of two hard work-ing professionals, it was instilled in her at a very young age that success can only be attained through persistent sacrifice, discipline and perseverance. Her upbringing cul-tivated an environment to not only excel academically, but helped her to develop a deep sense of social and spiritual awareness that people from all walks of life have needs that must be met.

She went on to graduate with honors with a Bachelor of Science from universi-ty and eventually went on to pursue a Master’s degree in the same discipline before settling in her career in New York. The next ten years proved to be the hardest, most fruitful portion in her life as she built her career as a university lecturer, academic re-searcher and advisor, while simultaneously building and running multiple family busi-nesses. Out of the many hats Mrs. Joasil wore, it was in the education of her students that she found the most satisfaction as she inspired hundreds of her students to pursue the impossible, to pursue the unthinkable, to go after the improbable and to eventually re-ceive the remarkable. It was in this particular process Mrs. Joasil saw that people’s needs can be successfully met through love, encouragement and nurturing no matter the circumstances people face in life.

Although spirituality was not something of a dire importance in her upbringing, she grew up in a society that practiced a dogmatic form of orthodox christianly that left very little to be desired in her heart. Out of curiosity and a deep need to explore the ‘idea of a higher power,’ and ‘a deep calling to the truth,’ Mrs. Joasil began to study different Eastern philosophies and New Age practices that were initially compelling, and even allowed her to connect with people from all walks of life internationally. After years of trying to seek this so-called ’calling,’ there was much knowledge and experiences that was amassed, but nothing to the point of achieving the absolute truth of her true purpose on this earth.

In late 2015, after careful consideration, Mrs. Joasil decided to step away from her career in an effort to build on new opportunities that were presenting themselves back home- as the country proved to be more peaceful and equitable. Much to her surprise, God had a totally different plan for her life. After an unexpected and abrupt interruption to her plans, she moved back to New York once again- but this time, it was to pursue the things that God had called her to do. She gave her life to Christ in Summer of 2016 and witnessed first hand the power of God upon her life; everything that she thought was ever important in her life came to an end and her new life in Christ began. As God would have it, after a lifetime of seemingly searching for ‘the one,’ God proved to be faithful as she met her wonderful and handsome God-ordained destiny spouse and married two months after their engagement. Today, this young, Christian couple is working together in ministry for the glory of the Lord to reach as many singles and mar-ied people alike with a strong and encouraging message; there is a God, and He loves you, He wants to save you, and He wanted to bring you to your expected DESTINY. Although, life took her through many turns, twists, ups, downs and detours, she is very grateful for the experience as this has helped her in realizing her true calling and purpose in life; helping to meet the needs of others.

For enquiries about having Mrs. Joasil speak at your church or organization, or to get in touch for more information, visit our Contact page.