“A happy marriage is a long conversation that always seems too short.”

…And so begins the wonderfully blessed and long marriage conversation of the Joasils.

The dawn of April 27th 2019 was an exciting day for many across New York City, New Jersey, Miami, Georgia, Ethiopia, Haiti, Canada and even distant South Africa. Although an intimate ceremony had been planned on a tightrope schedule with many different acts to juggle, the day itself dawned beautiful, crisp and full of promise, just as the bride had hoped. The Tri-State was strikingly sunny, with just a hint of chill in the air- guests were advised to bring something to guard against the cold if the day took a turn for the worse- but overall the weather was as cooperative as if it had been specially planned. It probably had.

After a steadfast prayer had gone into every inch of the highly anticipated wedding day of Ciano Joasil and his lovely fiancé . From the day he asked her to marry him, to the day she said “I do”, the couple and their pastors, mentors, prayer network and close family and friends did not cease to seek the face of the Heavenly Father for a seamless and perfect ceremony. A lot was at stake, and everybody hoped for a wedding glorious enough to finally reveal the rather closely guarded courtship to all who really mattered. When they were nervous, they prayed. When things were not moving fast enough, they scheduled prayer breaks, and took time to seek God about what was needed to steadily move things forward. When family could not make it, or tempers surged too high, prayer was a balm that future husband and wife turned to frequently, and the outcome was seen in the sweetness, effervescent and overall amazing quality of the final nuptials. The special day showcased a true supernatural wedding. 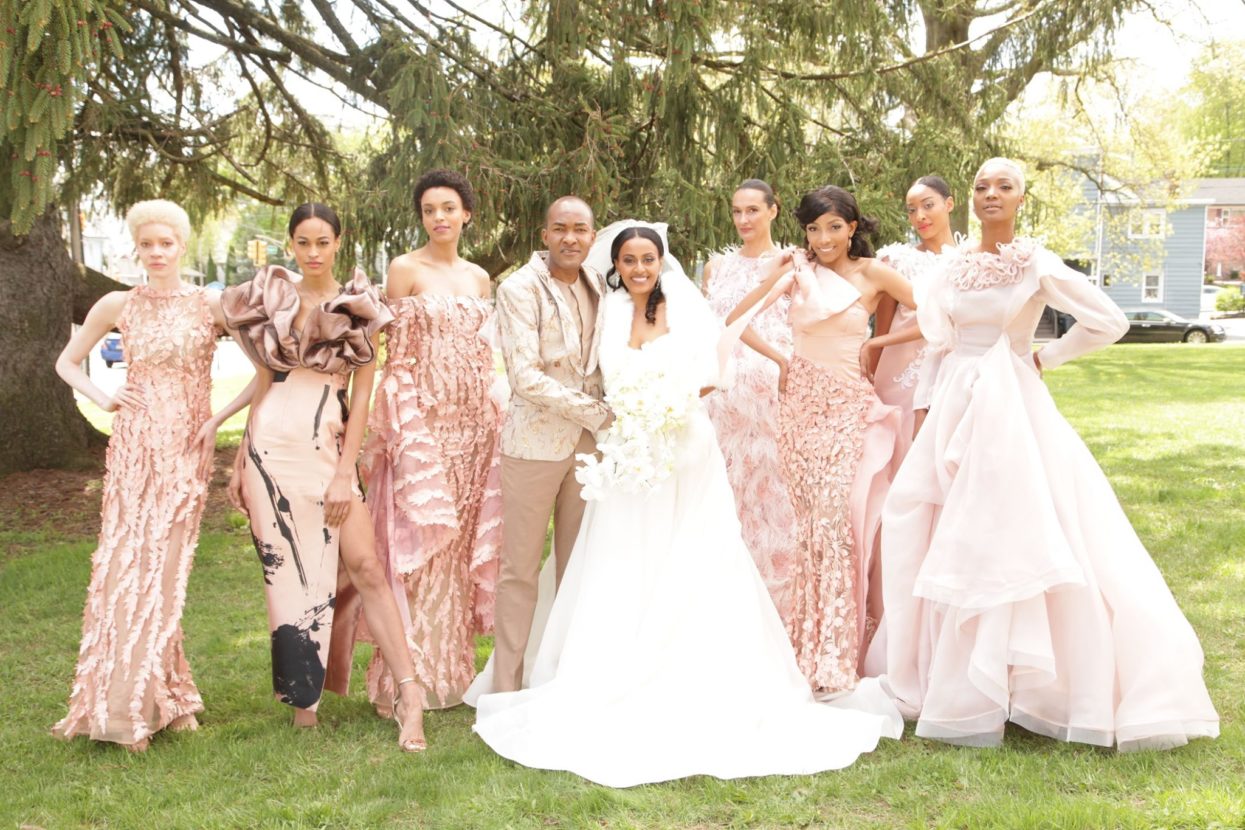 Seating was relatively prompt, and guests were soon serenaded by the heavenly voice of Abigail L. Schumer lilting glorious operatic strains of popular hymns on the piano. The mini concerto was effortless, and the curved roof of the First Presbyterian Church of Verona that had been chosen as venue rang with the earnest melodies poured forth by the Director of Music. Guests kept up a steady stream of arrival and in no time were followed by the Pastoral Entrance of Pastor Gersh Francois of HPC and Home of Hope Worldwide, followed by the regal entry of Apostle Idemudia Guobadia and his wife Pastor Temitayo Guobadia of Overcomers in Christ Group of Churches.

Directly after this welcome something like true bliss occurred. A choir of 15 men and women took the stage directed by Roldy Simeus. These voices melded songs of praise and worship to God with such strength that one would think they had decades of practice together! No one could have guessed their gifts had blended in just a few practices- their mastery of praise was truly exciting to witness for all. Indeed the music electrified the atmosphere, and sometimes had exclamations bursting from the hearts and lips of those present. The presence of God was undeniable throughout this event, and herein the groom’s hope was met.

“Let God be the guest of honour” he had said endless times before, “and I will be satisfied.”

The tempo suddenly switched when after the last song, literally out of nowhere, tall, stunning and commanding women enveloped in exquisite gowns of various design, all cut in the very latest styles and hued in a delectable shade of blush pink, flooded the dais and gazed at the crowd. Indeed it was a shock! Every eye had been trained at the back of the auditorium hoping to catch a glimpse of the couple now expected to enter. Instead, electricity sparked at the front as the very latest in models from top agencies in New York ramped the entire venue in an haute couture tribute to the bride- a gift from a man in love. All dresses were the hand-made creation of fashion juggernaut David Tlale, who also made the groom’s distinctive and eye-catching rose-gold wedding palette- a hand tailored suit Ciano was born to wear. Upon his entry, bright with anticipation, all guests stood to welcome his bride, blushing on the arm of her father, Dr. Teffera. This was a truly wonderful moment and was greatly captured in this age of social media! 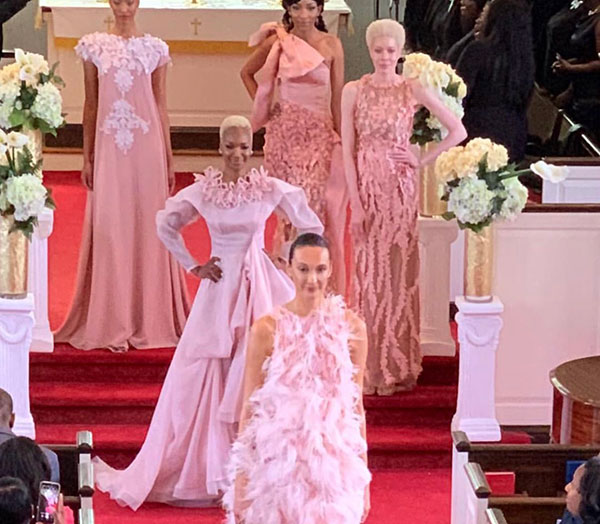 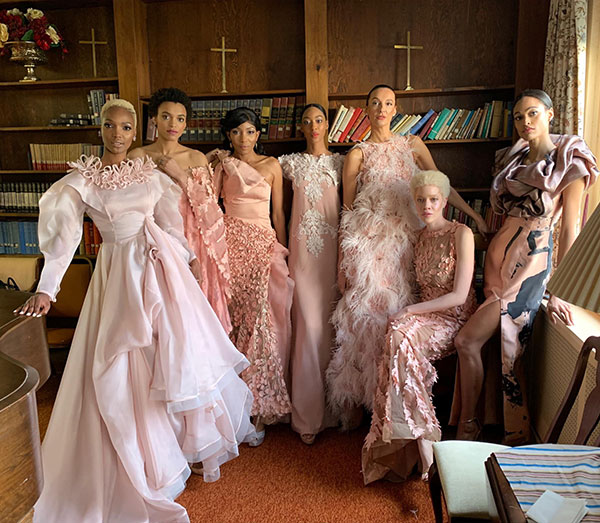 The wedding address was short, firm and knowledgeable. Love God, love others, and guard the gate into your marriage, for out of it flows your life. The vows were personal as each made promises to the other from memory, and soon the exchange of rings and signing of the roster sealed their promise before God and the many joyful witnesses in attendance. The ceremony delivered on so many levels, as it should.

Procession was immediate to The Manor, which was another upscale progression in a well-planned and exciting day. Valet parking greeted guests who filed into a fitted vestibule bursting with culinary delights of all kinds. Every palate was catered to, and guests mingled cheerfully amidst attentive staff serving food and drinks to meet every possible taste. The edge of careful planning was visible at every step- carefully ordered seating, tasteful music, and just a general welcoming air throughout. 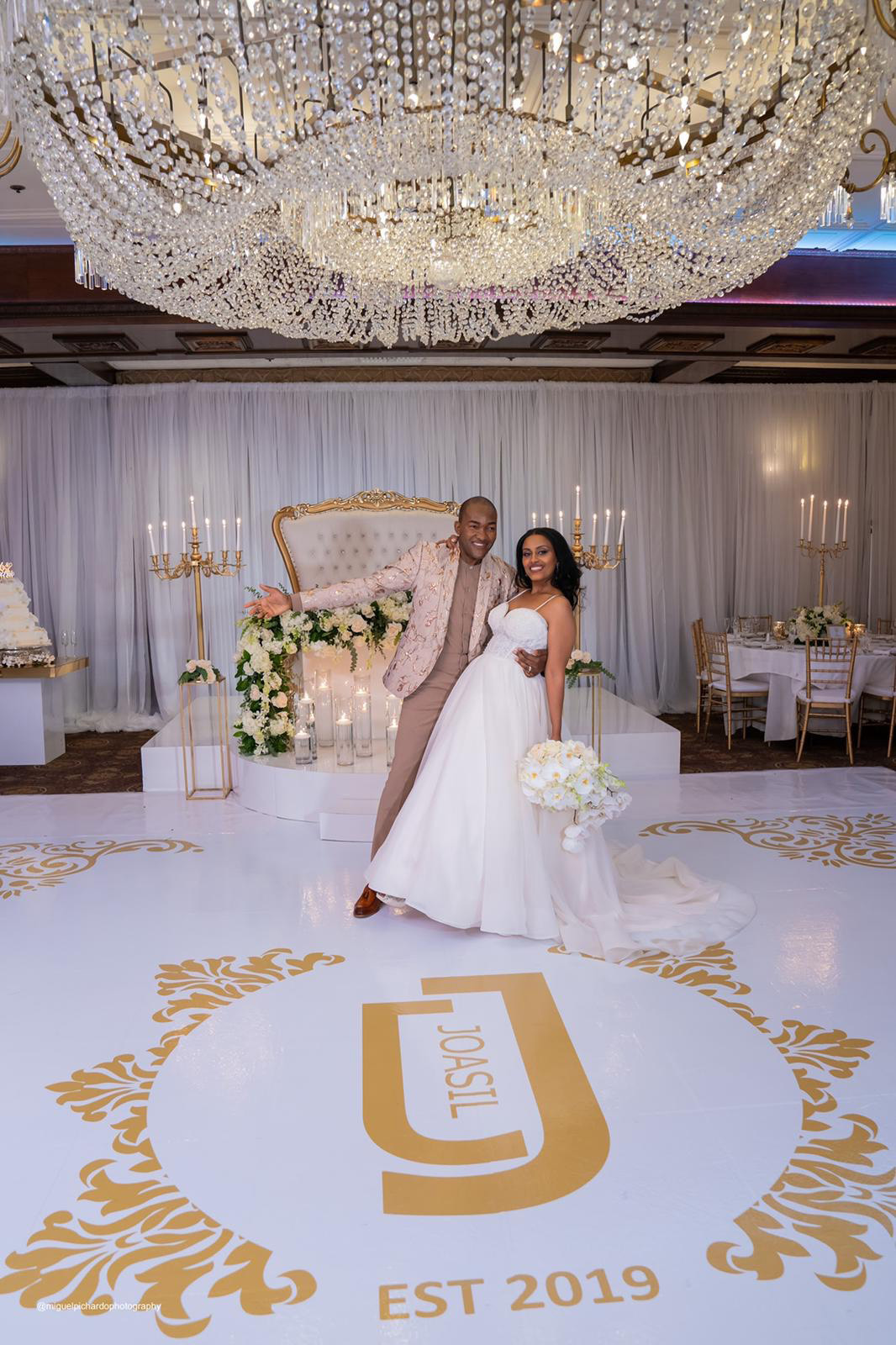 The reception itself was authentic! Enjoyable, with great entertainment provided by Chioma and group. This performer really engaged the crowd, drew many laughs with her banter, and made everyone feel at home. Her musicians were truly talented, and guests enjoyed a rare cabaret during the delicious menu. The reception hall itself was was decked out in tones of white, pearl and gold, with a massive JOASIL seal taking pride of place on the dance-floor. The couple sat on a loveseat, continually gracious in speeches, thanks and acknowledgement of all who contributed to their big day. Guests danced late into the day and expressed so much appreciation for having their needs catered to so completely. In all the JOASIL wedding was one to remember, all thanks to a ruling faith in God and trust that no matter what, He was faithful to finish the excellent work of helping two people “Find the Love They Want”.